"In The Days of my Youth" part five 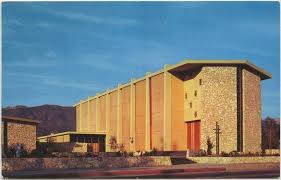 If not for the kindness of one of my teacher’s just three hours before graduation, I wouldn’t have walked. On graduation day, I went to see the teacher who had failed me. The class I failed was a zero period data processing class. the only class available at that time. I arrived at Mr. Harbo’s classroom around 3:15. There were two other seniors at his door waiting to see him. We could hear Harbo inside chewing on someone pretty harshly. A moment later a girl came out crying. Seeing that, the other students simply walked away and suddenly I was next. “Sausedo, what do you want?” Harbo yelled, “Get in here.”

Reluctantly I went in and asked if there was anything I could do to pass his class and graduate. I half expected him to burst out laughing, instead he glared at me, picked up his grade book, and went into a loud, lengthy, lecture that addressed my poor attendance, lack of interest, and low test scores. I can still hear his booming voice “What do you expect, you were absent twenty times, late a dozen times, and when you were here, all you did was sleep or fool around in the back of the room with Lloyd and Mill.”  “As for test and assignments, your highest test score was a 63% and you’re missing most of your assignments. You earned your F young man.”  By the time he finished I was convinced that he was right, I truly deserved to fail and my hopes of convincing him otherwise were simply ridiculous. None the less I tried to explain that the only reason I took the class was because I needed the credits to graduate and that I had no real interest in computers, and had no intention of becoming involved with them in the future. He shook his head and told me that there was nothing he could do, so I got up and left.

On my way out I muttered under my breath, “you just don’t understand.”  Harbo heard me, called me back in and asked what it was that he didn’t understand. I proceeded to tell him about my situation at home and all my mom had done. When I finished he looked at me kind of funny and said, “You’re kidding right?”  I shook my head no. He sighed and motioned me to sit back down. “I’ll be right back,” he said and left the room. I found out years later that he had called my mom to verify my story. He was gone about fifteen minutes, came back and gave me a passing grade. I couldn’t thank him enough, and promised him that I would stay away from computers, not realizing that twenty five years later nearly everything would be computer related and that my job would involve working on a computers everyday. Talk about irony!  Three hours before graduation I had been given a reprieve and was able to graduate with my class and receive my diploma. Thanks Harbo!  Like I said before, it was a strange year. Stranger still, is the fact that I am now a guidance counselor at Azusa High. Who would have ever thought…

I made my way south to Gladstone then west to Orange Ave where I grew up. Along the way I passed the Edgewood Shopping Center. Once upon a time The Roadrunner Coffee Shop had been there right where Pep Boys now stands. They had the best coffee in town. We use to spent a lot of time there, mostly sobering up. We got to know the waitresses really well and they got to know us. Suddenly I thought about Marge. I hadn’t thought about her in thirty years. Marge was by far our most favorite waitress. She always took great care of us. She was like a mom to us. I wondered if she ever thought about us. I wondered if she were even alive.

To be Continued… July 27