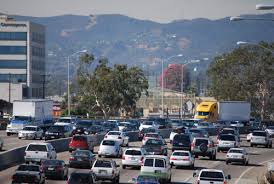 Saw my friend in the dark grey Chevy Malibu on the freeway yesterday morning. He was talking illegally on his cell phone. You’d think that after our little altercation a couple of weeks ago, he’d remember me, but he didn’t. I was right beside him for a few miles and he didn’t even give me the time of day. Actually I was a little disappointed that he’d forgotten me so soon. Just the other morning when he was pissed at me and raging like a madman, I was his only thought, the center of his universe for about five angry miles, but today I was just another vehicle tooling down the highway.

For just a moment I actually thought about cutting in front of him maybe jog his memory but thought better of it. I even considered honking my horn and waving in a “Hey remember me” fashion, but didn’t. I decided to simply leave well enough alone and go on about my business. Another time perhaps…

There Ought to be a Law:”Million Dollar Food Stamps”

What would you do if you won a million dollars in the state lottery? I’m sure you’d have no problem coming up with ways to spend your new found fortune. Well did you hear about the unemployed Michigan woman who won a million dollars in the state lottery, bought a second house and a new car with her winnings but continued to receive state assistance in the form of food stamps? Yes, it seems she figured it was okay since no one from the state agency contact her and the food stamps continued coming in every month. “I thought that they would cut me off,” she said,”but since they didn’t, I thought, maybe, it was OK because I’m not working.” When asked if she had the right to the public assistance money she said, “I kind of do. I have no income, and I have bills to pay. I have two houses.” She truly believes she should continue receiving the assistance because times are hard and she’s struggling. Two houses and a new car and she’s struggling! Give me a break!

What a total twit! Hello! You just won a million bucks and you think your still eligible to receive your $200 a month in food stamps? As if!  And get this, She says she will continue to use the food stamps until the state cuts her off. This is someone the state should go after and make an example of. It is clearly an abuse of the welfare system and fraud. This woman should be investigated, face criminal charges and be required to pay back all of the benefits she’s received since winning the lottery.

Those funds are for people who ‘truly need’ them. Clearly this woman has used the system to her advantage and should be cut off immediately and made to face the consequences of her actions. It’s so sad that there are those who have no conscience and are out only for themselves. How can people do that? Maybe the bigger question is how many more thieves like her are out there? 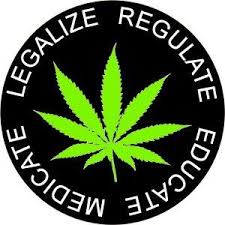 Here a good one.  Guess who has come out as a major proponent for legalized marijuana? Here’s a clue, he’s a one time faith healer/televangelist who ran for the 1988 republican presidential nomination. Need another clue? Okay he’s the founder of the powerful Christian Broadcast Network and host of Christian television’s 700 Club. That’s right, good old controversial Pat Robertson is championing the cause! I would have never believed it! Robertson has long been known for his jaded if not controversial views on feminism, abortion, homosexuality and a host of other topics. I would have thought he would have been totally against the “devil weed” but instead he thinks  marijuana should be treated in much the same way as alcohol and tobacco.

Recently Robertson was quoted as saying “I’ve never used marijuana and I don’t intend to, but it’s just one of those things that I think: this war on drugs just hasn’t succeeded.” Robertson believes too much money is being spent on incarcerating pot smokers and too many peoples lives are being ruined by serving time in prison. They go in for pot crimes and come out hardened criminals. He thinks the decriminalization of marijuana will free up state and federal monies that can be used for more important social issues.  ” I just want to be on the right side,” Robertson says, “and I think on this one, I’m on the right side.”

The Big 'A' over Azusa

Boy was I wrong. Seems the big, white  ‘A’ over Azusa isn’t waterproof after all.  Last weeks rain was more than it could handle and now the bright white ‘A’ is a murky, brown washout. Wonder how long it will be before someone goes up and restores it to its former glory. Guess we’ll have to wait and see!